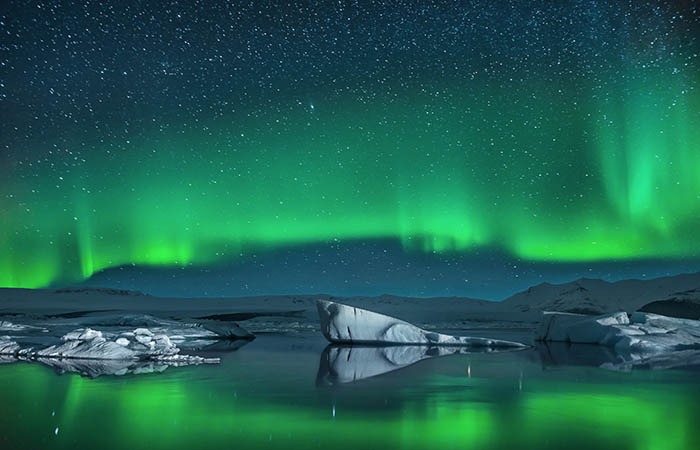 Volcanoes, tectonic places, books and…trolls? Iceland is a country that arouses curiosity. Here are 8 unique facts about this mysterious island.

1. Iceland has a Low Population Density

Although roughly the size of Kentucky (39,000 square miles), the entire country of Iceland is home to little more than 300,000 inhabitants (compared to Kentucky’s 4.3 million). That’s just over half the number of people in Wyoming, the least populous US state. With all this open space, the country feels quite rural and even the large capital city of Reykjavik can feel like a small town where everyone knows each other.

In Iceland you can actually see two separate tectonic plates. The North American plate and the Eurasian plate meet near the UNESCO site of Þingvellir. And they are slowly moving apart at the rate of around 2 cm per year! If you want a better look at the divide you can even dive or snorkel between them in the nearby lake.

3. Site of the World’s Oldest Parliament

Iceland is one of the world’s oldest democracies. Although it was one of the very last places on earth to be settled by humans, Iceland is home to the oldest parliament, the Althing. The first parliament met in the year 930 AD on a field in what is now Þingvellir National Park, a UNESCO World Heritage Site.

Not just the stuff of children’s books and ancient sagas, more than half of modern Icelanders still believe in the existence of fantastical beings like elves and trolls. Linked to the majesty and contrasts of the environment, new stories about these beings continue to arise. In fact, Icelanders have postponed or rerouted road construction projects due to the nearness of elves’ dwellings and haunts. Legend has it that the basalt rock formations near the black sand beach in Vik are actually trolls, doomed in their attempt to ground ships when the sun came out and froze them in place. Perhaps elves and trolls are not part of everyday life, but Icelanders know better than to anger them.

5. There Are No Forests

Despite the beautiful green color of the landscape, Iceland is almost completely treeless. The few forests that were there when the Vikings arrived were mostly harvested by early inhabitants to build homes and ships. And the harsh and relentless climate makes the native birches grow spindly and stunted. In recent years there has been a movement to reforest Iceland, but you can still drive for long stretches without seeing any trees.

Not only do Icelanders enjoy reading, they also enjoy writing! Incredibly, one out of 10 Icelanders will publish a book in their lifetime. Per capita they enjoy the highest number of in-country book and magazine publications. From the medieval Saga poetry of the Eddas to the 20th Nobel Literature Laureate, Halldor Laxness, Iceland revives the literary tradition every year during the jolabokaflod, (Christmas Book Flood), when many new books are published and distributed.

Perched on the Mid-Atlantic ridge, part of the longest mountain range in the world, Iceland has a very interesting active geology. There are more than 125 volcanic mountains in Iceland, some very active, others that are on the verge of being active as the country changes. Historically, there has been an average of one eruption every 4 years. Recently, though, it has surged to one a year, like the famous eruption of Eyjafjallajokull in 2010 which caused major disruption in airline flights all across Europe. Due to constant eruptions, nearly 11% of the land in Iceland is covered in lava. Icelandic lava makes up one-third of the igneous rock in the world!

If all of that doesn’t interest you, perhaps the lack of our least favorite insects might convince you to come. Unlike the rest of the world (even Greenland), you will not find mosquitoes in Iceland. The rugged climate and unfavorable breeding conditions make the country delightfully mosquito-free.

Interested in seeing Iceland for yourself? Join us on our journey Iceland: Geology, Mythology and the Northern Lights, November 6-11, 2018 and collect your own set of surprising facts about this magical land.