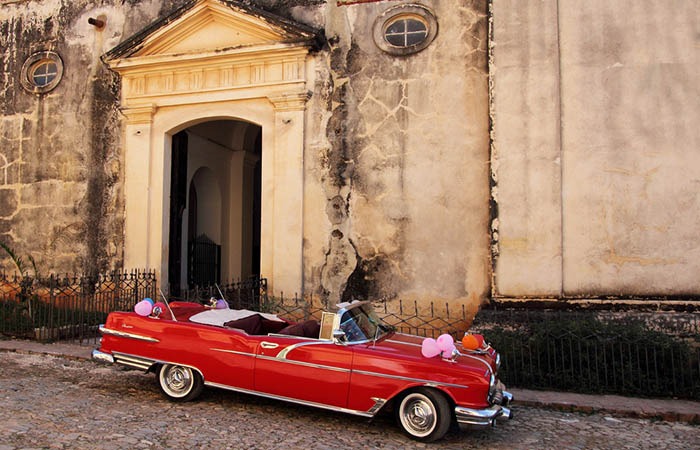 December 17, marked the one-year anniversary of President Obama’s announcement that the US and Cuba would normalize relations and seek ways to end the embargo that has caused so much pain and harm to the Cuban people without achieving its goal of bringing about regime change in Cuba. Over the past year, much progress has been made. But there is still much work to be done. In honor of the occasion, we issued the following statement:

STATEMENT ON THE NEW POLICY CHANGES REGARDING TRAVEL TO CUBA

[BAINBRIDGE ISLAND, WA, December 17, 2015] We applaud President Obama’s announcement today that regular commercial flights will be allowed to resume between the U.S. and Cuba and echo his call to Congress to lift the trade embargo against the island nation.

This move eliminates a major hurdle for Americans who want to visit Cuba: the expensive charter flights, which typically cost more than $600 for a 45-minute hop from Miami to Havana.

“This is great news for U.S. travelers interested in experiencing the richness of Cuba’s culture, history and natural beauty,” said Cilla Utne, Cross Cultural Journeys’ CEO. “But it may be awhile before you can go online and book a flight directly from Miami to Havana.”

Carriers still have to work out schedules and apply for permits from both governments before regular commercial flights can resume. Even then, travelers are still required to prove that they fit one of 12 approved categories, including scientific, artistic, athletic or educational exchange. The ban on normal tourism will not be lifted at this time.

“Forget about spending spring break sipping mojitos on a beach in Cuba this year,” said Leif Utne, Chair of the Cross Cultural Journeys Foundation. “Instead, visit Cuba to meet the Cuban people, experience their vibrant culture, history, art and music, and witness Cuba’s spectacular natural environment at this unique moment in history.”

The best way to see Cuba is still to sign up with a licensed people-to-people tour operator like Cross Cultural Journeys, which can guarantee you a rich and varied itinerary that meets the US government’s legal requirements, knowledgeable English-speaking guide, transportation, and quality hotels and restaurants.
“Keeping the ban on traditional tourism in place for now may actually be good for Cuba,” said Wilford Welch, former U.S. diplomat and past Chair of the CCJ Foundation. He noted that the number of US visitors to Cuba is already up 50% over 2014, causing a severe shortage of hotel space. “If the ban were lifted today, an estimated 5 million US tourists would visit Cuba in the first three years. The tourism infrastructure isn’t there to support an influx like that. The country would be overwhelmed. Tourists would be sleeping in the streets.”

Since 1998, Cross Cultural Journeys has been at the forefront of citizen diplomacy with Cuba, leading groups to the island under a humanitarian “people-to-people” license from the US Treasury Department’s Office of Foreign Assets Control.

– 12/17/15 FACT SHEET: One-Year Anniversary of the President’s Policy of Engagement with Cuba